Karzan, a Kurdish refugee from Iran, wants desperately to be able to look after his family. He has felt keenly the humiliations of being a refugee, of existing in a no man’s land, of being stripped of his identity, of not being able to speak the language of the country where he longs to bring his wife and young family to live.

He’s faced insults and violence, closed borders and closed doors. But he’s endured, learnt a new language and found a home for his family.

Karzan now lives in the UK and is waiting for his wife and seven-year-old son to arrive from Tehran after four years of being separated. Together, he and I chose this concept using barbed wire to best represent the trials and tribulations he has endured in recent years as a refugee living in the UK.

The crown of thorns was an ironic mockery, part of a ritual of humiliation and violence that was worse than any animal would receive. Yet it was Jesus’ actions and his choices while enduring such torture that would ultimately define him.

Refugees are humiliated and diminished in many ways, from the language we use, to the building of fences, the use of barbed wire and tagging. In spite of this, many, like Karzan, are determined to overcome the obstacles they face and shape their own destiny. In another context, theirs might be told as inspirational stories of triumph over adversity. 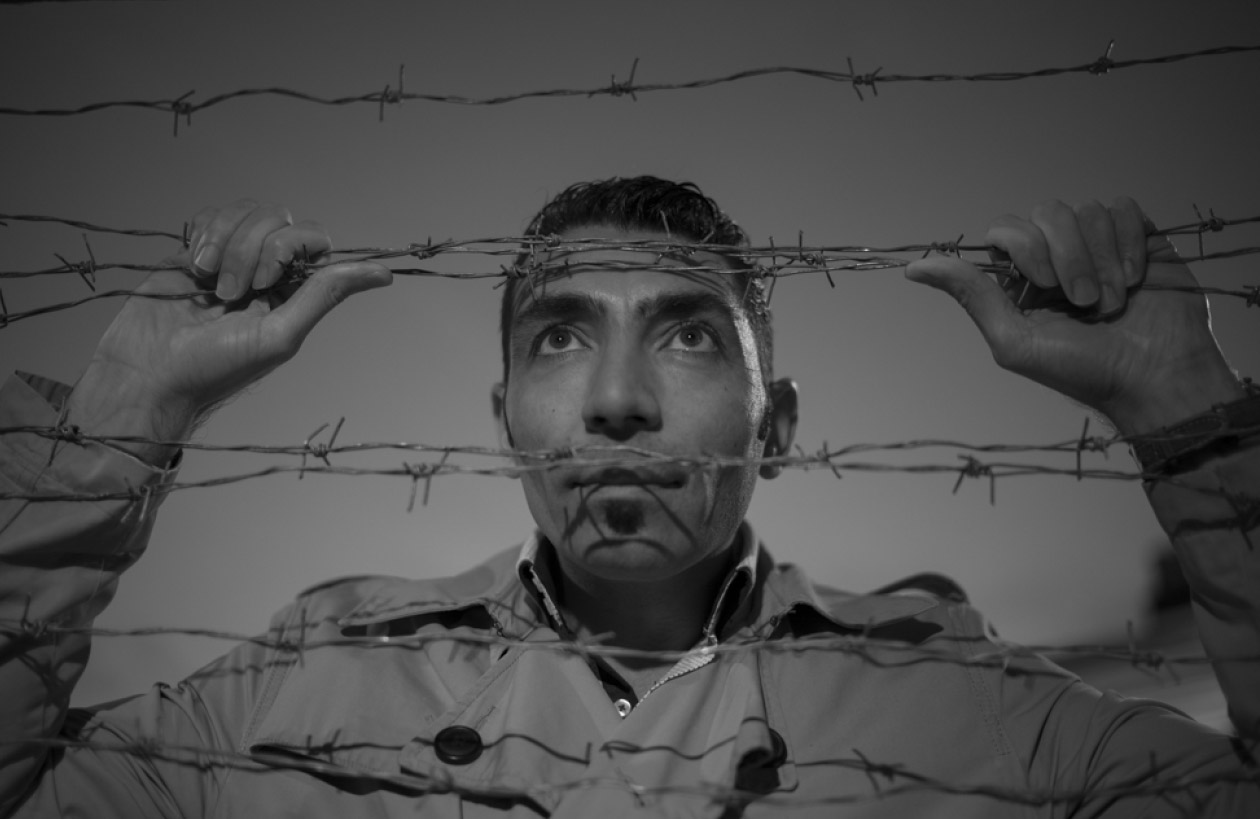 They will say all kinds of evil things about you 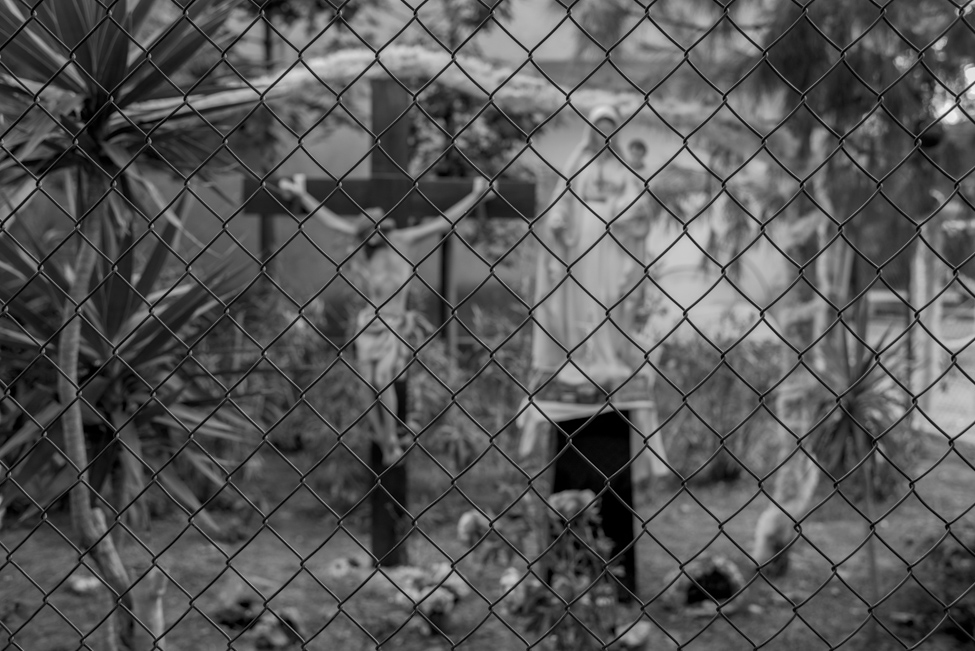 A church courtyard with crucifix and Madonna, enclosed by fence. Beirut, Lebanon.

Two refugees stand at the £7 million fence recently erected around the port of Calais to keep refugees from entering
the UK. 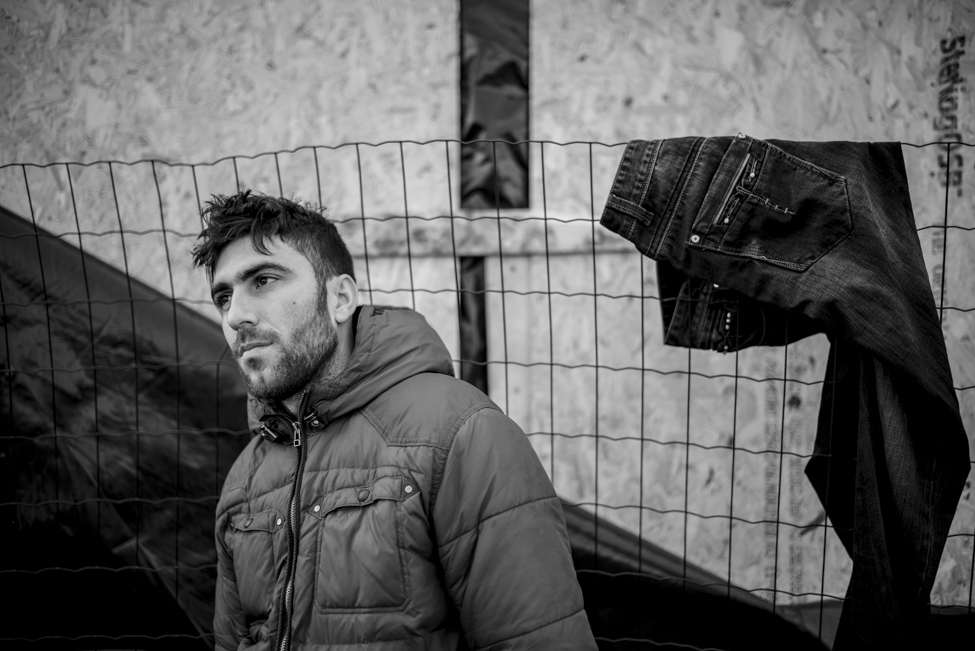 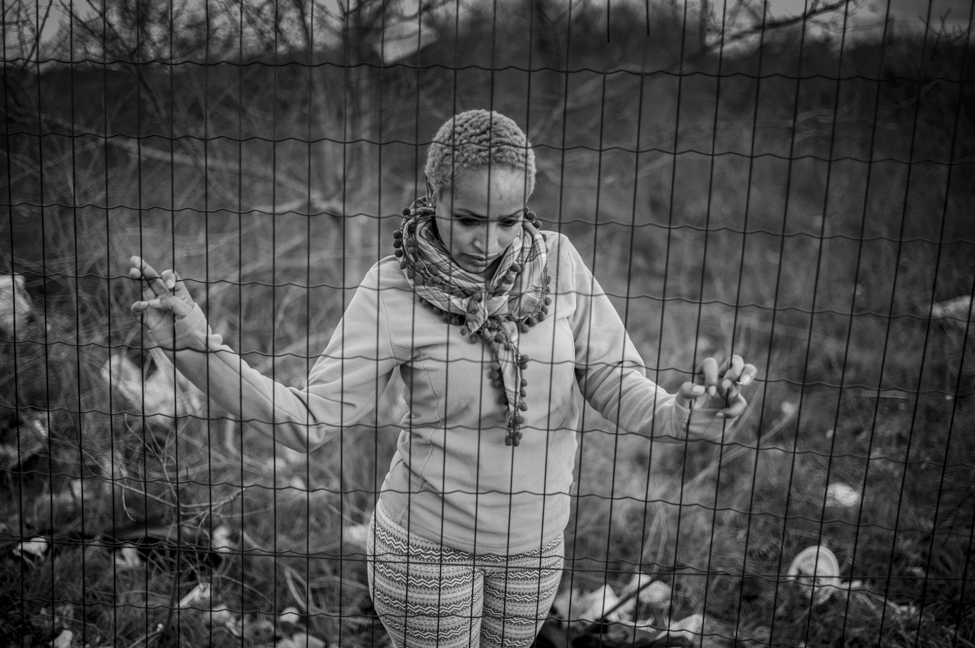